This is the second game of the day for me. It was a short 10 minute car ride from Conte Forum. We had time to kill since we got here early.

We entered Harvard Stadium and walked around the bleachers. The field was covered within an artificial bubble. The bleachers and underneath were pocketed with snow. Given the ancient look of the stadium, it did look  like a scene from the  the apocalypse. We heard some cheering from afar wondering who the hell would be playing outside in the 30 degree weather. 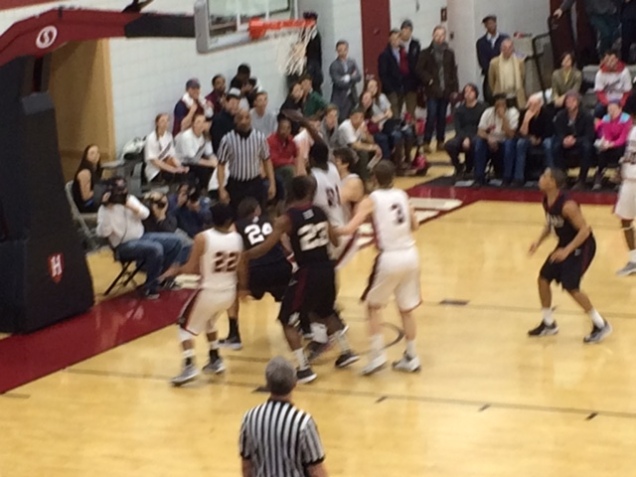 We ambled over to a lighted scoreboard. There was a women’s lacrosse game  with Harvard playing Columbia. The fans were few and far but were very loud. I suspect that most of them were parents of the players. 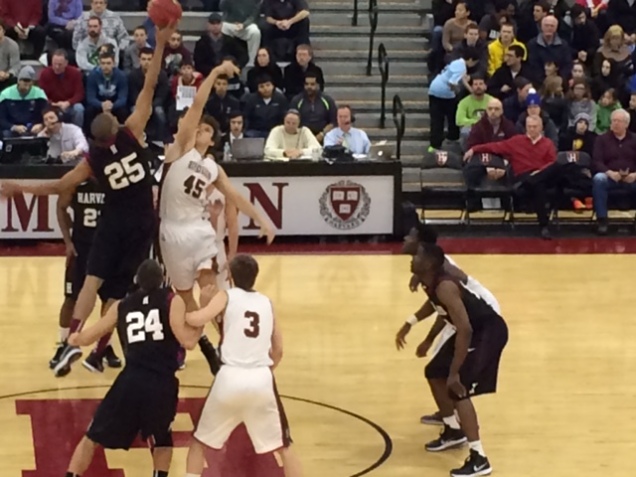 We did watch for about 15 minutes and noticed one strange event happening after a score. The scorer would put her “racket”on the ground. The ref would inspect it and give it back to her. We asked another spectator about this. The ref has to insure that the racket meets specs before allowing the score. You learn something new every day.

So onto the game. As it turned out, this was a very important win for Harvard. Yale would lose later on that night forcing a playoff for the NCAA dance invitation. 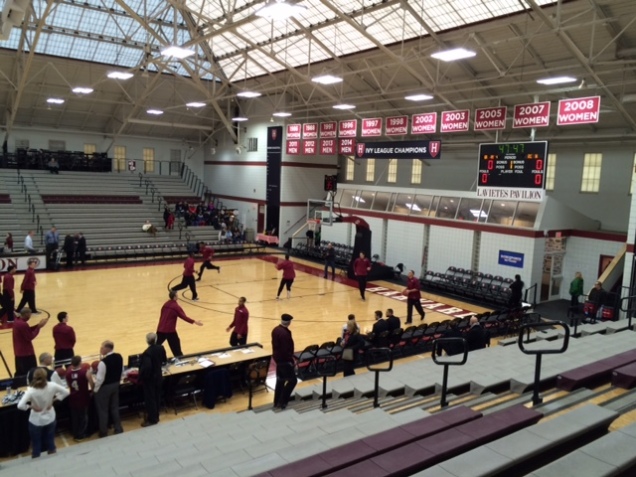 The crowd was energetic with a nice showing by the students. As with B.C,  this was senior night. I still get choked up when the parents walk out with their kid thinking about how many times have they watched their son play over the years.

This was a typical Ivy league game with each team making the extra pass. Harvard did that much better and opened up to a big lead in the second half.

Someone started a “Go Dartmouth” chant hoping as they did beat Yale. Yale had beat Harvard the night before on this very floor.

There was a power failure before the game that threatened the game. Fortunately, it was fixed because I would have been very upset driving to Boston for only one game (B.C.).

The game was shown on CBS Sports invoking the wild crazy cheering when the camera was pointed at fans.