My wife Linda accompanied me on this trip. She is not a college basketball fan but to balance the ying and yang, her attendance at the game was followed by a trip to L.L. Bean and many outlets in Freeport, Maine. She did admit that it was not bad to watch considering that her last attended sports game was a football game in the cold. I have marked out the University of New Hampshire for a weekend trip with her next year. 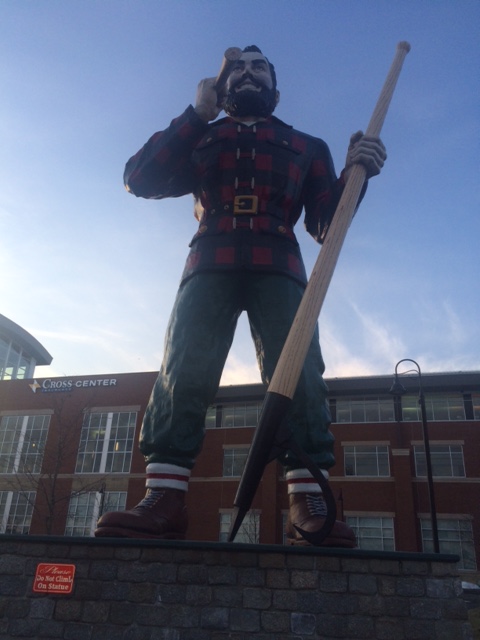 This is the first time that I have seen a head of the mascot serve as a portal to the men’s locker area. That is a black bear in case you are wondering. But what was even cooler was this very tall statue of a lumberjack man in front of the arena.

The arena was surprisingly large from what I expected for Maine basketball but it serves also as the hockey rink for the beloved hockey team. Yes Maine is one of the D-1 schools where hockey takes precedence over basketball. It was not a bad crowd for a mild winter day in Bangor.

I have seen Maine previously this year against UMASS-Lowell. Again, I will sing the praises of Connecticut native Issac Vann. This guy’s athletic ability far surpassed anyone of the floor. I would love to see how he would do in a major conference. He took over in the second half and led his team to victory. 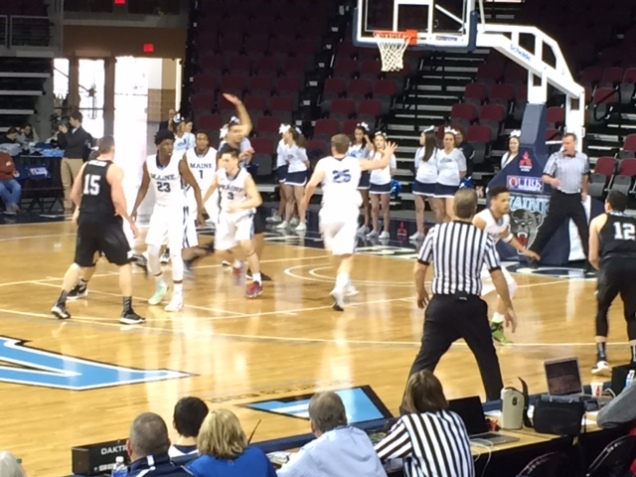 The public announcer for the game was a woman. This was a first for me. Not that it is  bad thing but it was a surprise.

I do remember watching UCONN play Maine in the old Yankee conference league back in the 60’s. I would not have guessed back then as a kid that I would be here 40 years later watching Maine on their home floor.