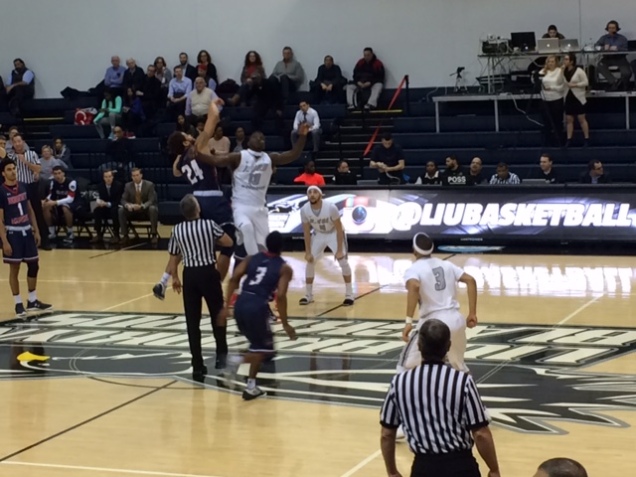 I will be giving out two awards on this trip.

Award # 1- This school has the coolest pep band. Led by an enthusiastic band leader who gyrated and urged the students into some soulful and explosive music during the game, the pep band was worth the price of admission which was free (details later). 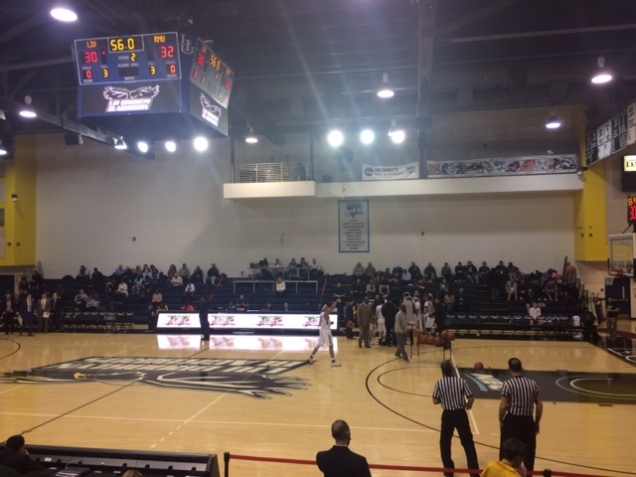 Award # 2- This was absolutely the worst gym on my travels so far. There were no signs anywhere leading up to the building. Perhaps I entered on the wrong side but I had to ask numerous times where the gym was. When I get there, I walk into a non-descript entrance where there is a buffet going on in a crowded hallway. I asked again and followed some stranger to an obscure elevator off to the side riding up a couple of floors. I attempt to follow him and buy a ticket. This particular entrance did not take cash. When the girl attempted to explain to me how to go the right way, she became very confused. She said “Hey don’t worry about” and let me in for free.

I usually like to walk around at half time but got very lost bumping into stairwells and classrooms as I did so. There was no place to walk around as in most arenas. Again, I will apologize if I was not looking hard enough but it should not be difficult to enjoy the ambiance of a college basketball arena. Somewhere there was a concession stand but I never did find it.

If you look above, I was staring at a white wall with one banner hung in the middle. This space is crying for a mural or something to spice it up.

Sorry LIU I am sure you are a great school but this arena needs some TLC.

LIU came in with a much better record (14-9) than Robert Morris (7-16) but the game was back and forth. Robert Morris had the better guards but could not match the size of LIU underneath. Both teams fought hard as you will see in a typical NEC game with 15 lead changes. The game went down to the last minute with Robert Morris pulling off the road upset.

I was very impressed with RMU sophomore guard Isiah Still. He led all scorers with 21 points. His penetration skills and scoring in the paint kept LIU off balance all night long. I will be watching him over the next 2 years.

So if you are every in this area which a couple of blocks down Flatbush Ave. near the Barclays Center, stop into Juniors for the best cheesecake ever. I can still taste it! 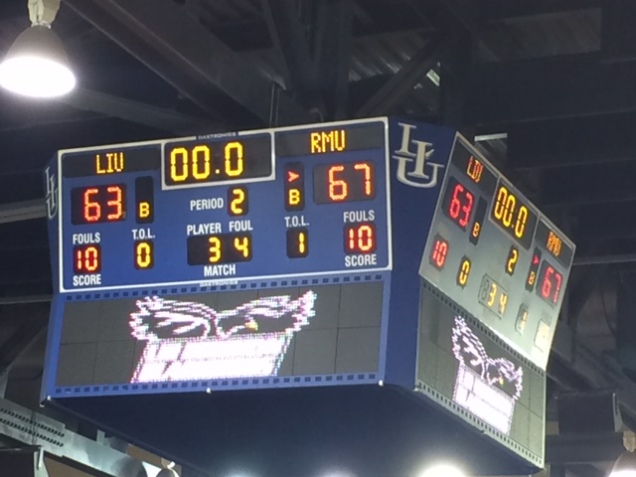 On to the Palestra Tuesday night!