The star of this game was the George Mason band. I saw violins, a lighted drum set and a ton of instruments accompanied by singers belting out tunes. The band director was entertaining to watch directing the band with hilarious gyrations. This was the best band that I had ever seen at a college game. I even hung around at the end of the game to hear their final tunes.  They had one kid stomping on the bleachers with both legs when the Rhode Island player was shooting a foul shot. Unique at first, annoying in the end! 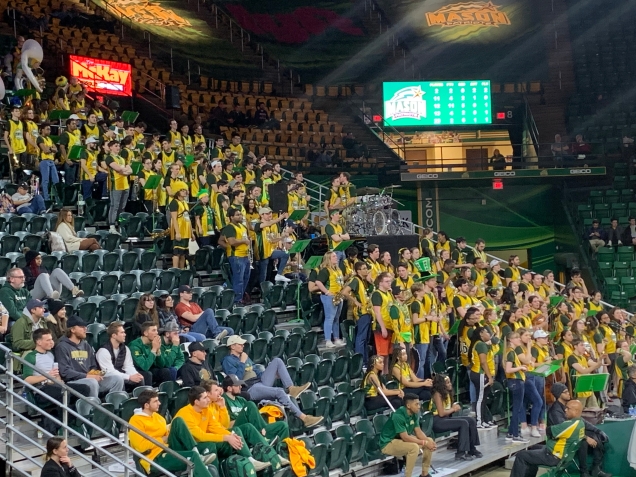 I had a pre-game burger at Brion’s across the street from the Eagle Bank Arena. I sat near four guys at the bar who complained endlessly about their George Mason team. As a member of the UConn Boneyard message board, I realize that bitching about your team is a universal language that always occurs regardless how well your team is playing. I was tempted to interject with an introduction about my mission but they were very worked up so I left it alone. I was also not up to ribbing about the 2006 UConn heartbreaking loss to the Patriots who eventually went on to the Final Four.

The pennants in the arena brought back the bad taste in my mouth of UConn’s upset by George Mason in 2006. Some knowledgeable fans consider the 2006 UCONN team the most talented ever in Husky history. 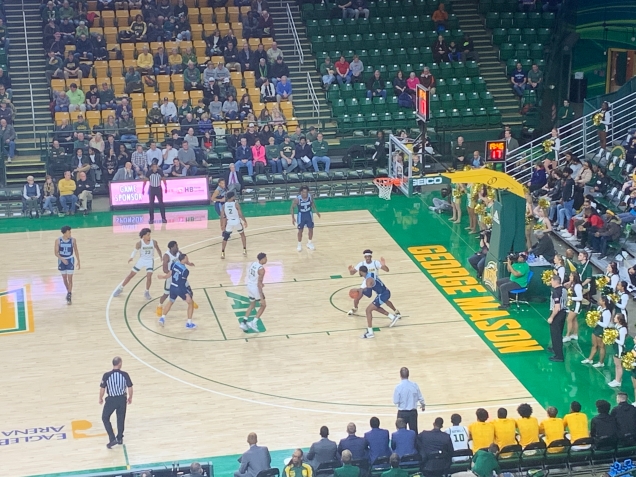 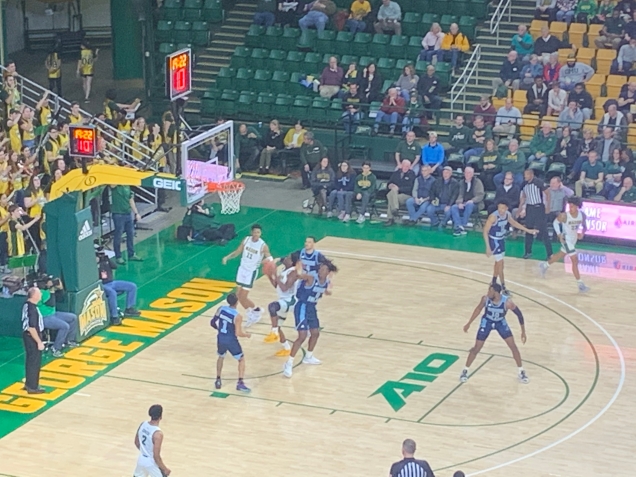 At the end of the first half, a George Mason staff women came up to our section offering a free seat upgrade. I am thinking like what is the catch here. There was none so I moved down to four rows from the court behind the Rhode Island bench. Kudos to George Mason for offering this. More schools at the risk of pissing off the season tickets holders in the good seats should be doing this. That being said, the huge Eagle Bank Arena was very empty with certain sections covered up. It appears that the Patriots fans following has not kept up with the capacity of the arena.

I was very impressed with this Rhode Island team. At 15 wins and 5 losses, they are off to a fine season with a well-balanced team that can shoot the ball and play tough defense. The team also drew a large fan contingent on the road. They have not lost a beat since Dan Hurley left the club two years ago. George Mason had no chance in this game falling behind early and never catching up.

Two Rhode Island players caught my eye. There was Fatts Russell who at 5’10” 165 pounds belies his name but was too quick for the George Mason guards. There was Atwan Walker who name sounds like Antoine Walker the Kentucky collegian who had a successful career in the NBA. Was Antwan possibly the son of Antoine?  Nope. 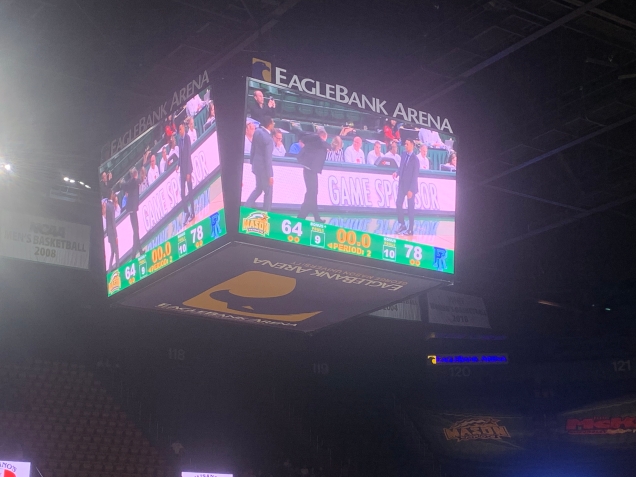