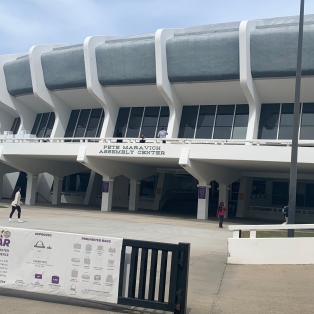 This five-day trip to the Big Easy included my friends Chelsea and Tony along with my wife Linda. The trip to LSU was about an hour out from New Orleans to the PMAC Arena. Pete Maravich was my idol growing up with his magic playmaking and floppy socks. It was a thrill to see memories of him interspersed throughout the arena. I have never been to a big-time college football game but I was in awe of the LSU football stadium across the street from the basketball arena. The climb to the last row would surely challenge the best conditioned fan.

Near the arena, there was a zoo exhibit holding the LSU mascot tiger named “Mike the Tiger”. They had information about tigers in general on the outside of the cage. The $3 million habitat was created in 2005 and looks like a luxury suite for a tiger. The habitat ranks among the largest and finest Tiger preserves in the country. Mike was sitting there being very photogenic. This tiger is the seventh tiger in succession since the Mike 1 first appeared in 1936.

As a big country music fan, I loved the standard pre game highlight video with Garth Brooks singing “Calling Baton Rouge”.  Scenes from the city with player highlights made for an entertaining show. It was a welcome alternative to the loud rap music playing to the background of dunks by the home team. However, I was impressed with the two towers of flames during the player introductions.

Looking at the Georgia sideline, I saw an old familiar face stalking in front of the Georgia bench. Tom Crean is the coach of the Georgia Bulldogs. Love him or hate him, he does make an entertaining scene prowling the sidelines and projecting an over exuberance of distress against the referees. He has had success at Marquette and Indiana but he will have his hands full at Georgia playing second fiddle to the football team. 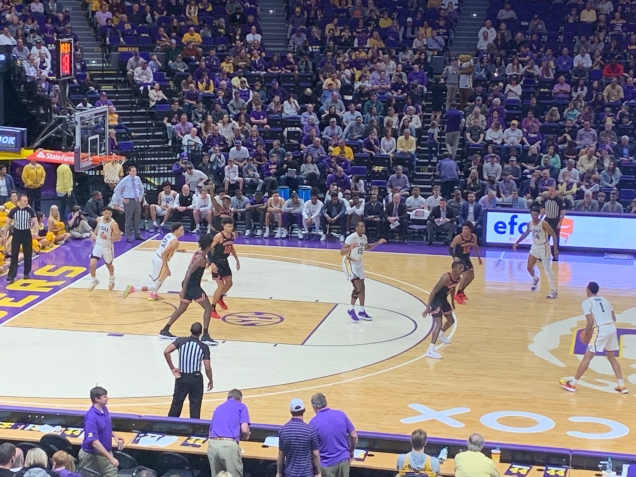 LSU basketball is doing very well this year and is currently ranked a ninth seed in Lunardi’s projections. They easily handled Georgia today and will do a great job representing the SEC in March Madness. 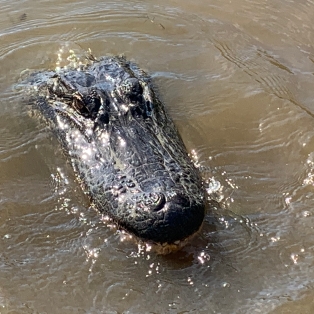 No trip to New Orleans is complete without taking a swamp ride through the bayou. The alligators were out in full force munching on marshmallows thrown by our homegrown boat operator. It was a blast when the air propelled boat was going full speed through the swamp riding corners at a tilt.