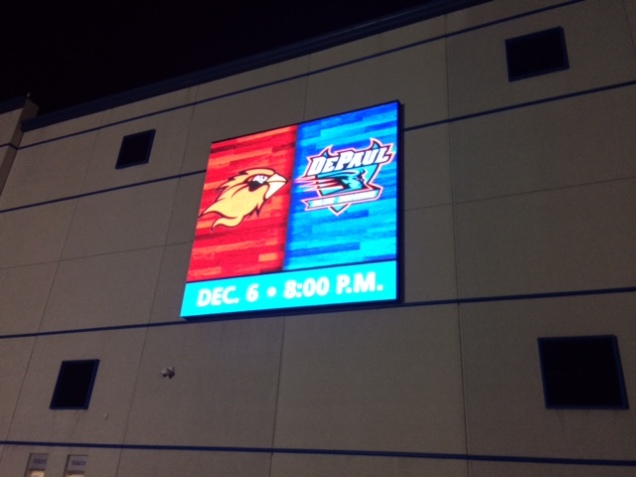 This game wraps up my stay in Chicago. Three games in four nights!

So this is one of those games held in a beautiful large arena with a very small number of fans occupying the seats. The entire upper level was empty. This despite a little known fact that Depaul is the largest catholic university  in the nation although I would have said Notre Dame. The hey days of Mark Aquirre and George Mikan are but ghosts in this empty arena.

It was sort of a UCONN reunion night for me. The Depaul head coach is Dave Leitao who was Jim Calhoun’s assistant coach at Northeastern and UCONN in the mid 80’s. Leitao left for an unsuccessful stint at Virginia before returning to Depaul.

The Depaul assistant coach Patrick Sellers was also an assistant at UCONN under Calhoun. Sellers left under suspicion for playing a major part in the Nate Miles scandal that rocked UCONN in 2010. He had to hide for a year in China before attempting to make his way back into the coaching ranks in the states. 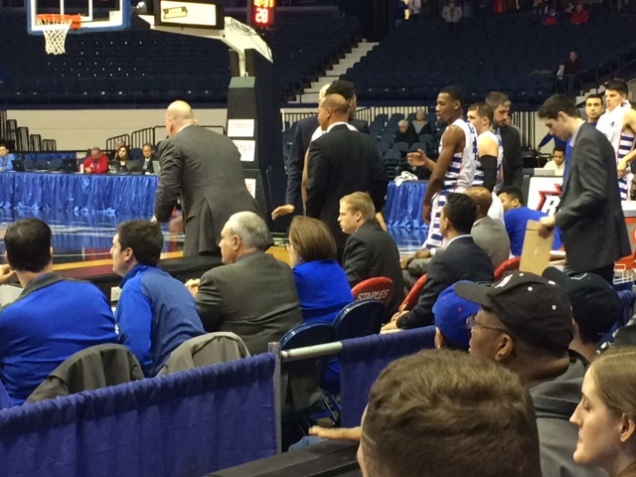 The Depaul fans have a ritual when there is a two shot foul. When the announcer says “shooting two shots”, the fans slap their hands on the the chair two times. I almost dropped my beer the first time when my seat neighbor did this. I feel it is my call to document the strange habits of college basketball fans as I come across them.

Lamar from Beaumont, Texas (in case you were wondering) played hard but could not keep up with the more talented Demons. These small schools lack the size and quickness to keep with a team from the Big East. As the score became more and more in Depaul’s favor, both teams abandoned defense. “Jack up the stats” became the motto in the second half.

The player of the game was Depaul Eli Cain. The 6’6″ sophomore forward is a break out star in the Big East. He was on the Big East All-Freshman team last year. He scored 21 points tonight in all different ways highlighting his versatility. He will be the lone bright spot for Depaul this year in what may be a long year for the Demons.

I need to see Chicago State and Northwestern to compete the city circuit. Goodbye Chicago for now but I will be back.