This game begins my stretch of 3 games in Chicago in four nights. My Southwest Airlines points were used for a free flight. I am sleeping at my daughter’s apartment and using her car when needed. Not a bad gig!

I checked the start time in Connecticut and saw a 4 PM start time. I left early enough because of my unfamiliarity with driving the Chicago streets. I arrived a little after 3PM assuming I would have time to hang out and survey the surroundings. As I bought the ticket, the student informed me that I only missed the first 5 minutes. As I figured out later, the 4PM time was for Eastern Standard time which equates to 3PM Central time here in Chicago. Another lesson learned on the journey to 351!

It was cool to see San Diego State coach Steve Fisher (pictured below). Astute college BB fans will remember Steve as the coach of the Michigan Fab Five. It is amazing that he is still in coaching and doing a great job with the Aztecs. 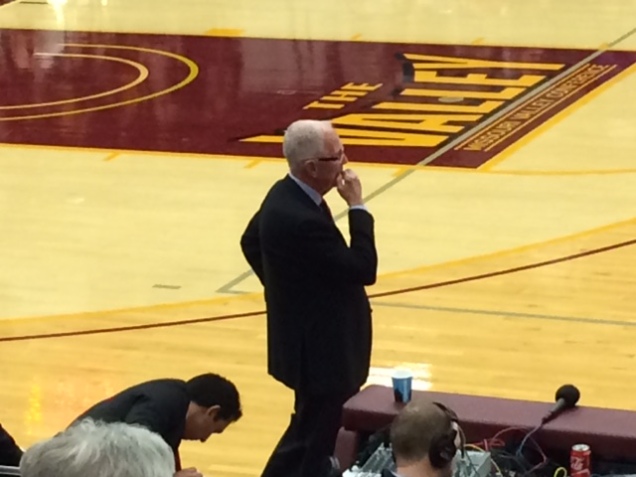 This game was part of the Missouri Valley Conference vs. Mountain West Challenge in case you were wondering why these two teams would meet. It was the first meeting ever between them. I was sitting in a very large contingent of San Diego state fans wondering why anyone would want to leave beautiful San Diego for cold Chicago.

A little know fact is that Loyola won the NCAA national championship in 1963 defeating Cincinnati in the title game. But what was more interesting was the semi final game vs. Mississippi State. The state of Mississippi had a state law prohibiting a college team from playing any school with a black player. Loyola actually had four black players. The game was played in violation of a court order.

Player of the game goes to Aundre Jackson of Loyola. The JUCO transfer from McLennan CC was a whirling machine outquicking and overpowering all Aztec defenders. He finished with 24 points hitting 11 out of 12 shots. He started in place of their injured star player Donte Ingram and became the star himself tonight. 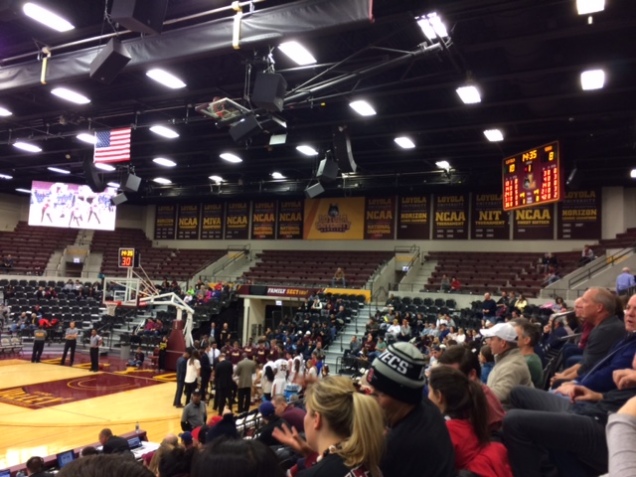 So not to be confused with Loyola Maryland, Loyola New Orleans or Loyola Marymount, the Loyola Ramblers pulled off a mighty upset tonight to the delight of the small but loud fans in the Gentile arena.