I avoid see Division 2 teams play Division 1 teams like the plague. It is never a contest and most always results in blowouts like it did tonight. However I do have extenuating circumstances which made for an exception.

As I stated in a earlier post, my wife miraculously agreed to seeing a second game on our North Carolina trip. If you look at the map, UNC Asheville and Western Carolina in Cullowhee are fairly close to each other. If I did not do Western Carolina this time, I would have to make a separate trip and go to great lengths on that trip to see a second team probably in Tennessee or South Carolina. Make sense? 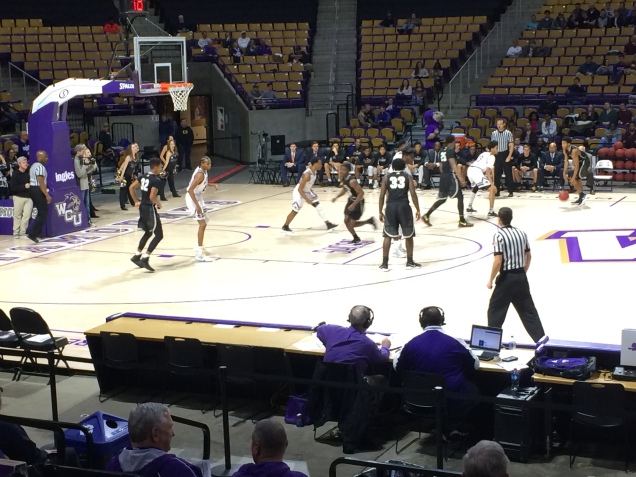 I won’t talk about the game much because it was tough to watch. Western Carolina had superior height and quickness over the the Division 2 club. I will note that Western Carolina sets the record for most cheerleaders in Operation 351 so far with a grand total of 23.

I knew that this was trouble when I saw the upper level seats covered with black cloth. I wondered why Western Carolina would schedule a D-II club late in January. A little research brought up the fact that this game was originally scheduled on 12/8/17 but was canceled due to snow. What made it worse that Southern Wesleyan was not even a good D-II team. They were 1-9 in their league and 2-17 overall.

Here is a little sad news. The Western Carolina mascot is the catamount which was declared officially extinct this week.

Here is a picture of one:

That’s all for now. 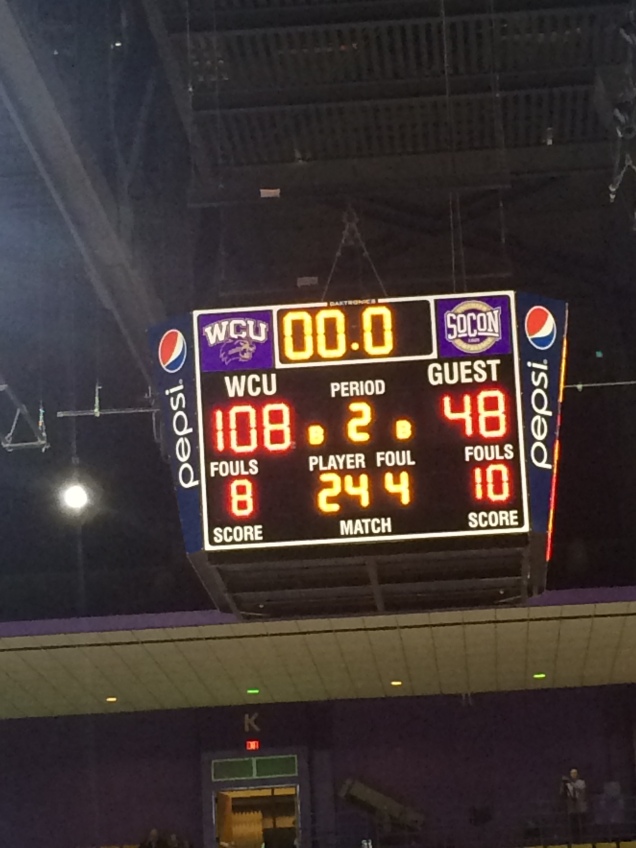