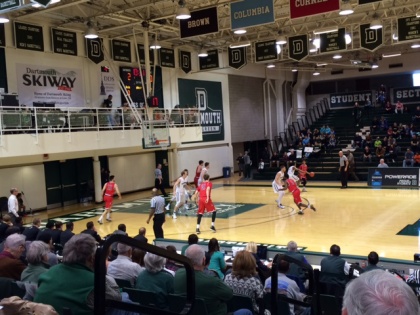 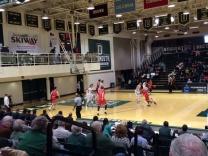 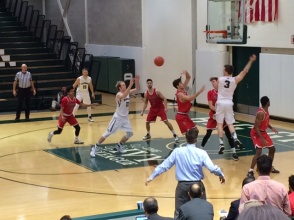 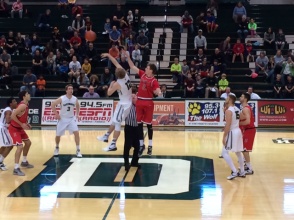 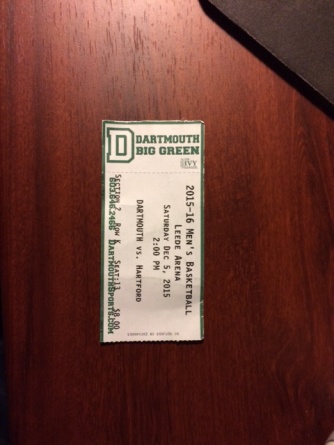 A shout out to my friend Andy who accompanied me to Hanover, New Hampshire (about a 2 1/2 hour ride from Connecticut). He is crazy about sports like me. Two wild and crazy guys spending a Saturday afternoon somewhere in God’s country watching college basketball. It doesn’t get any better than that.

It has been a recurring pattern that I have absolutely no problem getting to the campus but once I am there, finding the arena is a challenge. Sometimes the arena is not on the map but the whole fitness facility center is. Sometimes the arena is nowhere near the entrance where you first came in. I can always judge the popularity of the men’s basketball program by the answers I get asking where is the basketball arena. Today, I got three wrong answers by students and adults walking in the campus. Can you imagine anyone on Storrs (UCONN) not knowing where Gampel is?

The result today was a shock to me. Seeing last night Marist being demolished last night by Iona and seeing that Marist had beat Dartmouth earlier this season, I would have imagined an easy win for Hartford. WRONG!

Dartmouth had too much height inside. Ivy league seniors are the ones that always step up with the big plays. Kudos to Dartmouth seniors Brandon McDonnell and Connor Boehm with yeoman’s work on the boards. Hartford could not match up physically with Big Green. I don’t think Dartmouth is on the same level as Yale or Columbia but they will make some noise this year.

Did you know that Dartmouth has been to the final four twice?