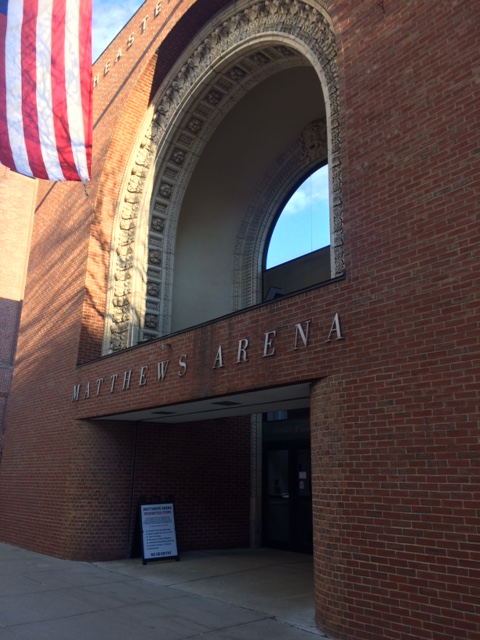 After multiple attempts over the past three years, I finally made it to Northeastern. Storms and pressing family events made for multiple cancellations. This trip will complete the journey through all six New England states. Mathews Arena built in 1910 is the oldest indoor ice hockey arena still being used for hockey — and is the oldest multi-purpose athletic building still in use in the world . 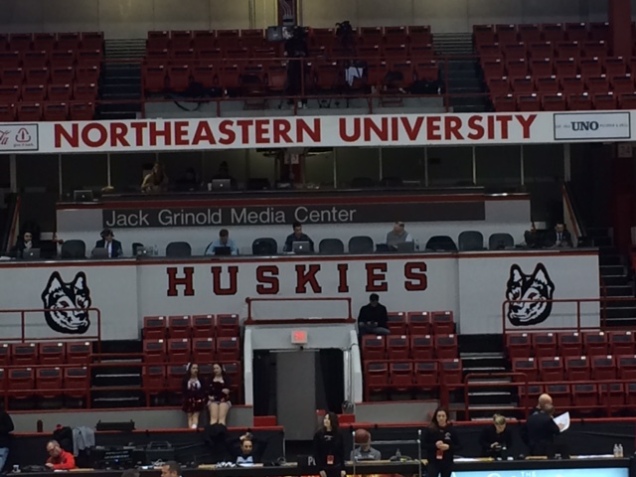 If you come to see a game here, please be advised to eat elsewhere and not in the arena. I bought a chicken sandwich and fries at the concession stand. It has my vote for the worst arena food in Operation 351 so far. But the place has a certain ambiance that old arenas have. Seeing the radiators in the hall reminded me of an antique old house with the ghosts who played in this arena. 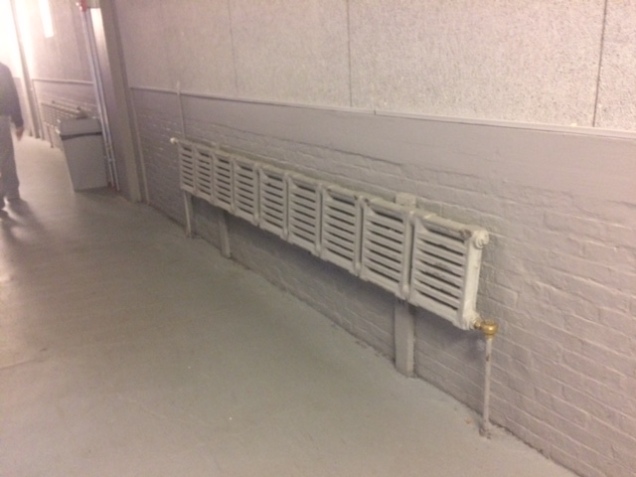 As a UCONN Husky fan, it was weird to hear cheers for the Huskys. Washington, Northern Illinois and Houston Baptist are the other clubs in Division 1 sharing the Husky mascot. 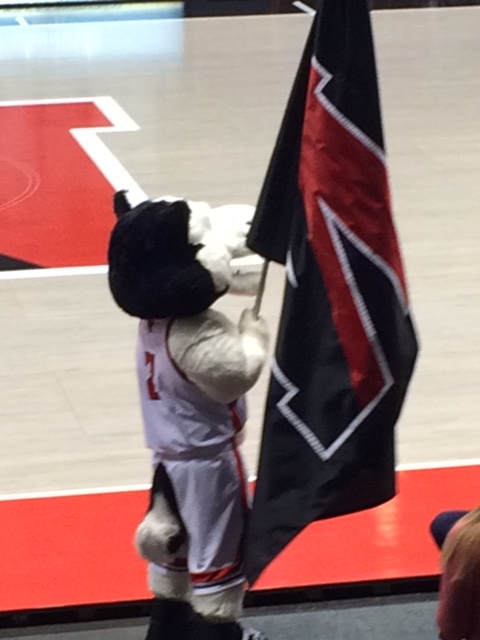 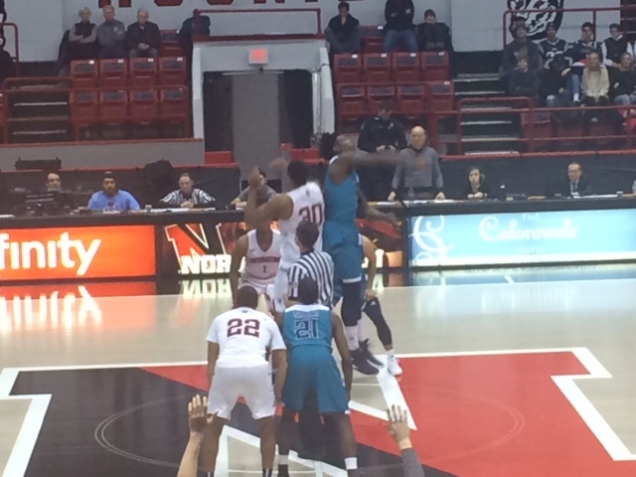 The game started out well for UNCW in the first half but Northeastern took over in the second half. They could not quite put the UNCW Seahawks away. A banked in three point shot at the buzzer by the Seahawks sent the game into overtime. Anyone else impressed with the Seahawks colors? 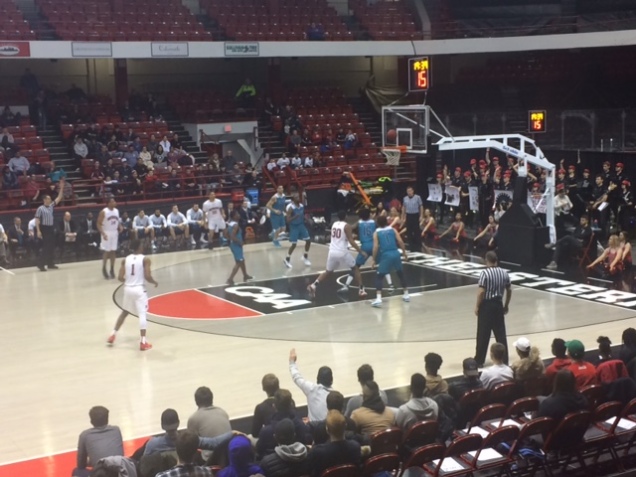 I was very impressed with Northeastern freshman forward Tomas Murphy. The 6’9″ forward from Rhode Island showed a deft touch underneath with a variety of moves. He’s following older brothers Erik (Florida) and Alex (Duke/Florida) to college basketball. The Huskys showed crisp passing and great outside shooting from Vasa Pusica a 6’5″ sharpshooter from Serbia. 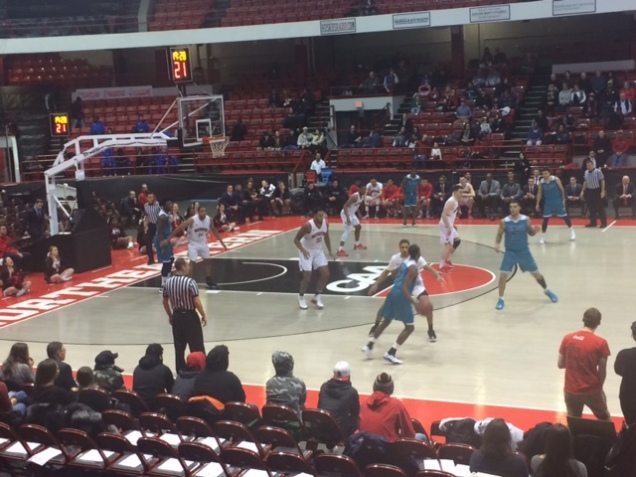 Here is the final shot of the scoreboard which was blurry the entire game. 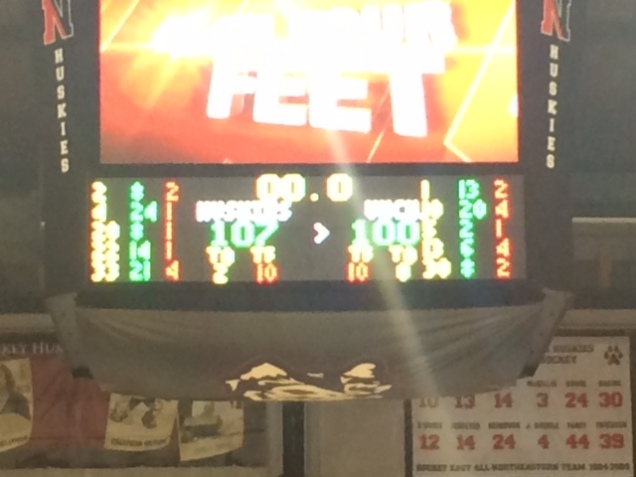